regular monthly updates will keep you in touch with what's going on at BDS here on our news page, read on...

You will find all the news from 2017 on this page.

We also have a news archive... Click a year to read all the news from then - Or click here for the latest news

The Rivers Hospital is one of the leading private hospitals in the UK. BDS were recently awarded and have carried out the upgrading of the fire alarm panels. We were tasked with replacing the existing Morley ZX5e control panel with a new ZX5Se Morley control panel. The installation itself took no longer than a day with no downtime which was ideal given the nature of the site. Through BDS’ reliable and efficient install we have been given subsequent works and look to build on our relationship with the hospital.

BDS have provided a temporary radio fire detection system in an Asbestos hazardous area while part of the building is being redeveloped. Our installers all had to be trained to work in such environments being fully protected with all the necessary safety equipment.

The client needed to have the systems in place as other areas not affected by the building works still needed to have a working fire alarm.Once the Asbestos has been removed and the site gets a clean bill of health, the Fire equipment will be properly disposed of and a new temporary system re-instated.

BDS have been successful in being awarded the contract to maintain the Fire Alarms for residential homes for one of the leading national advocates on affordable rural housing. English Rural Housing Association is a specialist provider of affordable rural homes established in 1991. As well as providing routine maintenance, BDS will also undertake Risk assessments and advice on system compliance.

December 2017 - ‘Too much complexity’ in fire regulation, says FIA

We need a simplification of the rules and better enforcement of existing requirements’ is the verdict of the FIA in response to the recent call for evidence for the Independent Review of Building Regulations and Fire Safety. The review follows on from the tragic Grenfell Tower Fire, and the Association and its Special Interest Group comprised of industry experts, given very short response time by government, have provided rigorous feedback to the review.The FIA also states that there are also a large number of detailed aspects of fire safety regulations which are not well understood. You can download the full FIA response here

BDS have been successful in obtaining a three-year service contract to maintain the Fire Alarms and life safety systems to 11 campus buildings at the world-famous university located in the Bloomsbury area of central London. Part of the service delivery is to produce up to date, as fitted, site drawings of all life safety systems. As part of being the incumbent service provider, BDS will also receive tender opportunities when buildings are refurbished

A Portsmouth care home has been deemed ‘inadequate’ by watchdog the Care Quality Commission, with fire safety one of the chief concerns raised about the premises. Inspectors from the CQC found that Arborough House had a fire risk assessment dated from 2009, not all staff had a clear understanding of the relevant fire procedures and the fire service had raised concerns about the standard of fire doors. The report reads: “Up to date fire safety information was not available. The acting manager showed us a fire risk assessment which was dated 2009. This wouldn't happen to a BDS Customer... 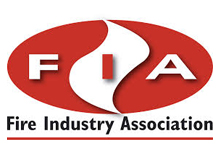 BDS have now attained an the accreditation to Achilles, they are the global leader and partner of choice for supply chain risk and performance management in Natural Resources, Industrials and Infrastructure sectors. They run supplier pre-qualification programmes, validate data, carry out industry audits and mitigate risks.

BDS are to utilise both its Electrical & Fire Alarm Division to supply new Lighting, containment and a new Fire alarm system to Waterside, Wharf Rd London N1 which is a Grade II listed period warehouse conversion, dating from the mid-19th Century converted into both business units and apartment blocks, the much-needed upgrade has come about following the maintenance services we have provided to Cooltech Environment Engineering Ltd

Bancroft have awarded the Cat A fitout works for No1 Poultry to 5 office floors and front of house areas on the ground floor to BDS.

We are modifying the existing Advanced/Hochiki fire alarm and Baldwin Boxall PA/VA systems as well as extending the capacity of them to accommodate the changes. No1 poultry is an iconic building above bank station in the heart of London opposite the Bank of England.

After carrying out some research into the latest Cameras available & compatible with their existing system BDS managed to find a more competitive priced alternative without compromising the quality of the system. We subsequently installed Concept Pro Dome cameras which saved the school over 50% of the cost of the specified equipment, The School have a new compliant system and are extremely pleased with the savings and its performance.

Following the upgrade BDS also extended the existing Intruder Alarm to the main Sports Hall enabling it to be set up on a separate zone this area can be set and unset independently from the main school system. The client is very happy with the project and has awarded BDS the on-going maintenance contract of both their security and life safety systems.

The manager of a Sunderland private members club has been spared jail for a string of safety breaches, reports the Sunderland Echo. Owner Katherine High admitted the breaches, receiving a sentence of six months imprisonment suspended for 12 months. Prosecutor David Claxton said the safety breaches could have led to a ‘substantial loss of life’ - Courtesy of FIA - read more

Taking on their biggest challenge by far Kevin & Harry Blyde rode 100 Miles, pictures show us at the start line at the Olympic Park Stratford with 28,000 other riders riding through Kingston at the finishing line with one of our co Riders and showing off our medals at the Lucy Faithful stand. A great day and a worthy cause... Thanks for all your support!

Farr Engineering have awarded BDS the contract to supply, install and commission a new fire alarm system and Disabled refuge system on a brand-new development at Croxley Park.

ASOS has signed a 10-year lease for close to 75,000 sq. ft. of offices at Leavesden Park in Leavesden near Watford in one of the largest office lettings in the South East in recent times.

The UK’s insurance industry issued a warning relating to flammable external surfaces on high rise buildings just one month before the Grenfell Tower fire that left at least 79 people dead. This could lead to much firmer line being taken by insurance companies in the event of business making a claim relating to a fire... A Fire risk Assessment is a simple and cost effective way to make sure that you are safe... BDS can help read more

June 2017 - Home Automation, you could say that we've got really good at this technology....

A high-end home theatre experience is more than just a nice TV with surround sound. With a home theatre system from BDS, you’ll be the envy of every movie theatre goer in town. Turn the lights off, turn on the surround sound and start the movie all with the touch of a button... Fill your entire home with music or listen to a specific playlist in just one room. Display bold, beautiful cover art on your smartphone, touch screen or TV. BDS are experts in acoustics so it will fill your home with beautiful sound... - read more

At the above job we were given a remit to install an intruder alarm to cover all areas of their new state of the art bodyshop. We were given a deadline of 1 week to install and this deadline was met as a result of our hard working engineers often working past close of business hours. The customer was extremely happy with the system and that we managed to meet their expectations and have a fully working system within a week of instructing us.

BDS were instructed by our client to replace their existing panic alarm system with a new quantic addressable system in order to make sure they have the most up to date premium system installed to protect the most venerable areas of the health centre. The job was done within the timeframe required by our client, whilst we also made sure that we caused as little disruption to the working day at the busy centres. The client was pleased with the new system and the quality of our workmanship.

BDS have recently completed the upgrade to the fire alarm system during the refurbishment of the new Elizabeth and Churchill wards. The existing Morley ZX5e control panel was retained and the two wards were completely re‐wired using enhanced cabling and new Apollo addressable equipment provided.

BDS have upgraded a 12 Zone 20‐Year‐old Fire alarm system into a 5 loop Morley addressable system. The system had to be changed over in the two‐week Holiday period Zones became loops and included the addition of three aspirating systems to the atrium areas. Interface units were installed to control smoke vents and to shut down AC units in the event of a fire alarm activation the 12 zones used to control 124 devices and proved to be too time consuming to investigate an alarm activation now all devices have their own text message and address

After some tough negotioan and enhanced desighn BDS have been awarded the shell & Core fit out for the Fire Alarm System installation at Minster Court Working for Bancroft on this famous land mark site in the City of London BDS have provided a team of installers and a permenant contracts manager to run the project. The Fire Alam being supplied is a fully networkable Gent Vigilon system

BDS are proud to have earned this important certification for our Home Automation division. CEDIA is the international trade association for over 3,700 member companies worldwide who design, manufacture, and install technology for the home.

CEDIA was founded in the USA in 1989 by a group of professionals dedicated to the advancement of the up-and-coming electronic systems industry. Their vision was to advocate the needs of the home technology professional by becoming the leading resource, promoting commerce, offering training and aiding in the assembly of a legitimate industry that was at the time considered more of a hobby. The Association was introduced to the UK in 1996 and has grown into an international association with more than 3,700 member companies worldwide.

CEDIA has come to be recognised as the universal mark of professionalism for businesses within the industry.

CEDIA EMEA, the title for the Region governed by the UK CEDIA Office, covers the UK, Europe, Africa, this CIS, the Middle East, India and Pakistan. CEDIA has advanced the industry by developing timely industry education and certification, launching research initiatives, advocacy on legislative issues, building relationships with architects, builders, and interior designers, educating the consumer and recognising industry achievement.

BDS have been appointed by the head of the estates dept. to supply install and commission four FireCo DMS units across the Moorfields eye hospital estate.
The FireCo system is to provide warning via a SMS text message that the fire alarm system has been activated and for the individual to go to the nearest help desk for further assistance. The main reason for the system installation was to provide those with hard of hearing, notice that the fire alarm had been activated within the building. The following reason was for the fire officer and maintenance staff to be informed of an incident so they can act urgently if the matter was an emergency.